I've been reading the comments over at VOIPNorm's blog post about Avaya ACE.  There's a lot to wade through there, but it got me thinking about customer expectations around unified communications.  I've got this one particular customer who's got Cisco phones deployed everywhere.  They've also got Lync everywhere and people love it.  They recognize that Lync has nailed the user experience, encompassing a full featureset along with an easy-to-use interface.  Naturally, this customer doesn't want to toss out their significant investment in Cisco hardware, and they want Cisco and Lync to work together.  They want Lync to work with their existing phone system with little fuss, and still maintain the rich UI experience of Lync.

What I want to tell them is that you will NEVER have a truly seamless easy-to-use experience when you try to join two competitors' UC products together.  To paraphrase one of the commentors at VOIPNorm's blog: when you mix a nice red wine with a nice white wine, the end result isn't a great rosé.

At this client, we attempted to go down the integration path with OCS and a third-party product that promised seamless remote call control with Cisco.  They were looking at a 3rd party for RCC rather than Cisco's Unified Presence Server (CUPS), because of apparent scalability issues with CUPS.  From an administrative standpoint, the 3rd party product was an absolute nightmare to configure and troubleshoot.  Once we did get it working, it did provide remote call control, but there were significant usability issues.  The product worked fine when the user was in the office.  Users could make or take calls on their deskphone using Lync to control it.  However, when the user went home they got frustrated when they couldn't answer incoming calls they could see on their Communicator client because it would answer it on the deskphone back in the office.

We tried giving them the best of both worlds by enabling them for Enterprise Voice, but that became a support nightmare when they got confused about which way to answer the phone or to make calls.  If they were set to answer via Communicator, they were confused why their deskphone didn't go off-hook.  If they made a call from home and they were set to RCC mode, then they didn't understand what was going on when they dialed a number and they couldn't hear anything (because the call was going out via the deskphone at the office).  Not only that, but we now had two separate phone systems to manage.

We tried CuciMOC and CuciLync as well. I remember saying that if CuciMOC could deliver on even half of what they were promising, then our integration problems would be solved.  Unfortunately, the end-user experience was so lacking that the project never went beyond the IT pilot phase.  Not only that, but the administrative burden involved in configuring and maintaining it was not something that the IT group wanted to deal with on a large scale.

Both projects died a well-deserved death, but the CIO has been demanding seamless connectivity between Cisco and OCS/Lync ever since.  It's interesting that people expect so much more from Microsoft than any other vendor.  I don't think I've ever heard anyone demanding that Cisco and Avaya integrate with each other.  Why should Microsoft get such different treatment?

Unfortunately, when we are dealing with two COMPETING vendors like Cisco and Microsoft, there will never be the sort of tight integration that will allow companies to both leverage their existing investment AND take full advantage of the UC capabilities of Lync.  Each vendor has their own very good reasons to push the benefits of their own particular solution.  Companies need to stop trying to get the best of both worlds and fully invest in either one or the other solution, not both.

I truly believe that Lync is the best and most cost-effective unified communications solution out there.  No other vendor has the same level of product functionality built into the base product as Lync.  Companies can get IM, presence, video/audio conferencing, whiteboarding, application/desktop sharing and Enterprise Voice with as little as ONE server.  Of course, high availability requirements and larger deployments do require more servers, but it does serve to illustrate what is possible with just one server.  Add ONE more server for seamless external connectivity with other companies and remote users.  Lync can provide companies with the sort of unified communications their users desire, but sadly even with my best pre-sales pitch, I can't convince everyone.

We are in the early days of a true revolution in communications.  Its natural to be resistant to the big changes necessary to put the pieces in place.  However, once the switch is made, it will pay dividends in terms of ease-of-communications, cost and flexibility. 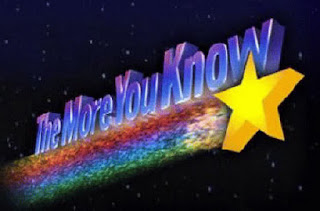