The Importance of Lync Location Policies

Lync Location Policies are used to specify how to deal with emergency calls originating from Lync clients.  Quite a bit has been written about location policies and how they are used in E911 emergency dialing scenarios (for a few examples, see Technet or Mark King's UnplugthePBX blog). 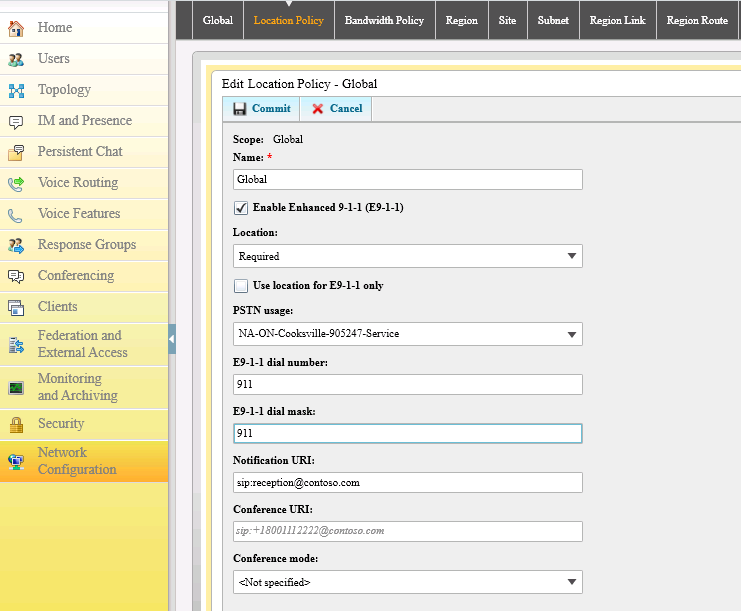 Unfortunately, E911 only exists in the US, so anybody reading the documentation outside the US might conclude that location policies aren't required, and that emergency calls can be routed as other normal calls. While this is technically true, location policies still provide some critically important functions in specific scenarios that may not be apparent until you have to deal with them firsthand.

For scenario #1, if someone within the office calls the emergency service applicable for their country (lets use 112, a common emergency number in Europe and many parts of the world), the number that will be presented to emergency services will be your main office number.

For scenario #2, if someone from a remote office calls 112, the phone number that will be presented to emergency services will be that of the analog line assigned to the PSTN gateway.

The Hang-Up of Death

For #1, the typical response from emergency services is to re-dial the number that will show up on their console. In the single office/extension scenario, they will reach reception who may have no idea about who called 112, which can waste valuable time, depending on how fast the zombie horde grows.

In the remote site scenario with a dedicated analog phone line, emergency services would redial the analog number, and the call would ring endlessly, since its not likely that anybody considered someone calling inbound to an emergency number.  Or if someone was bright enough to forward incoming calls to reception, they still might not have any idea on who called 112 in the first place, again wasting valuable zombie killing time.

For the unfortunate travelling user in #2, remember that unless you've implemented location-based routing, the user's calling behaviour won't change based on their current location.  If they call 112, then the call will route out the user's normal PSTN gateway which means emergency services will show up in their normal office, while our poor guy gets chased down by zombies.  If location-based routing has been implemented, then we still have to deal with the fact that reception at the local site still has no idea where the zombie attack is taking place.

As you hopefully have discerned, location policies can help with both of these situations very well.

Firstly, location polices can be configured to notify one or more users by IM that someone's called emergency services. This way, when emergency services shows up, or if they have to call back, reception or security or whoever will have a bit more information about the situation than they would otherwise.

Secondly, location policies can be assigned to Lync network sites, which means that emergency calls will go out the proper gateway no matter where the user is typically situated.  This works very similarly to location-based routing, except that it's only for emergency calls.

If you are outside the US, you should still configure location policies for every site that has a PSTN gateway.  Consider doing the following:

* A special note about the the Conferencing URI fields: You probably noticed these fields, which implies you can conference someone in when they dial the emergency number. Unfortunately, this doesn't work unless you're actually using an E911 provider in the US. If you're outside the US, you can enter values here to your heart's content, but it won't do anything. Boo-urns! Thanks to C. Anthony Caragol (check out his LyncFix blog) for bringing this annoying little tidbit to my attention. 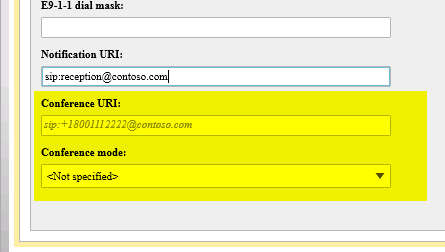 For detailed instructions on how to configure Lync network sites and location policies for non-US locations, I strongly recommend Elan Shudnow's blog post on the subject.
Posted by Ken Lasko on Wednesday, November 19, 2014 No comments: