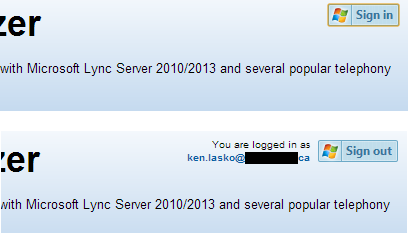 I've put the question regarding authentication out to the Twitter community and I got back an even split of "Yeah, go for it" and "No, don't like it".  What are your feelings on the topic?  Let me know in the comments.
Posted by Ken Lasko on Wednesday, October 23, 2013