It's been quite a while since I've blogged about Lync. I've been a very busy boy trying to finish renovating my basement before the weather turns too nice to be stuck indoors. Thankfully, the crappiest spring I can remember has allowed me to get a lot done. Between that and my day job, it hasn't left me with much free time or energy to blog.

Last night, I was helping a client complete their migration from a legacy PBX to Lync Enterprise Voice. Their receptionist was going to use the Lync Attendant Console to manage incoming calls via a simple Response Group.  Since there were a few people who rotated into the receptionist role throughout the day, we needed a simple way to ensure that calls would only go to the person currently on reception duties.


I set up a RGS group via the Lync Control Panel called Receptionists.  I set the Participation Policy to Formal (#1 in the picture below) and the Routing Method to Attendant (#2). 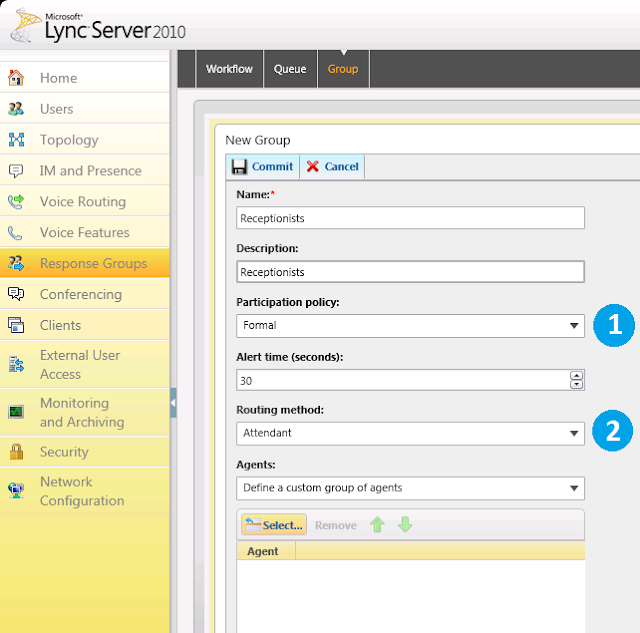 The Routing Method determines how calls are routed to queue participants. You can select from Longest Idle, Parallel, Round Robin, Serial, and Attendant.  The Attendant method means that queue participants will see all the calls in the queue and can select whichever call they want to answer (as long as they are using the Lync Attendant Console), unlike the other methods, which presents calls to users one at a time. 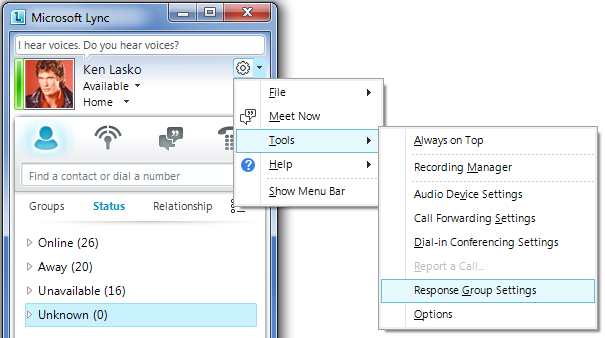 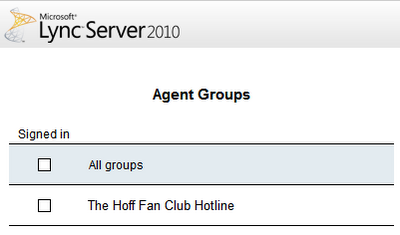